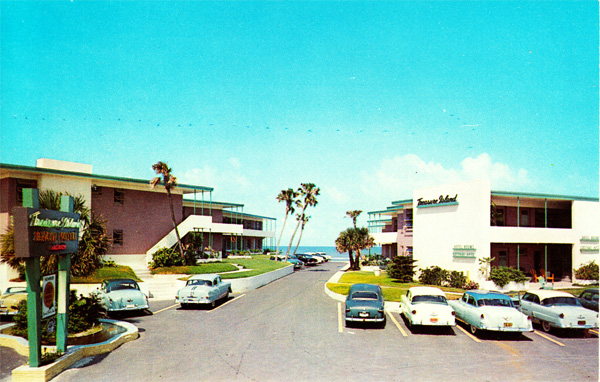 This lovely vintage card features the AAA and Quality Courts United logos. It has not been sent, but there is a message on the back:

Its been a busy summer but I get a break now and then to go beaching it & am sporting a juicy tan. Wrote Ma Smith and who knows I may yet be with you [unintelligible] anyway one day. Hello to your kids – bet they keep you busy and on the ball.  [unintelligible] 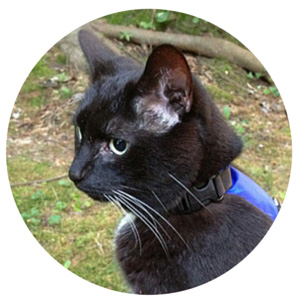 Obsessed with mid-century motels? Also really enjoy cats and crocheting? Welcome! About Me...

Help Me Find It…